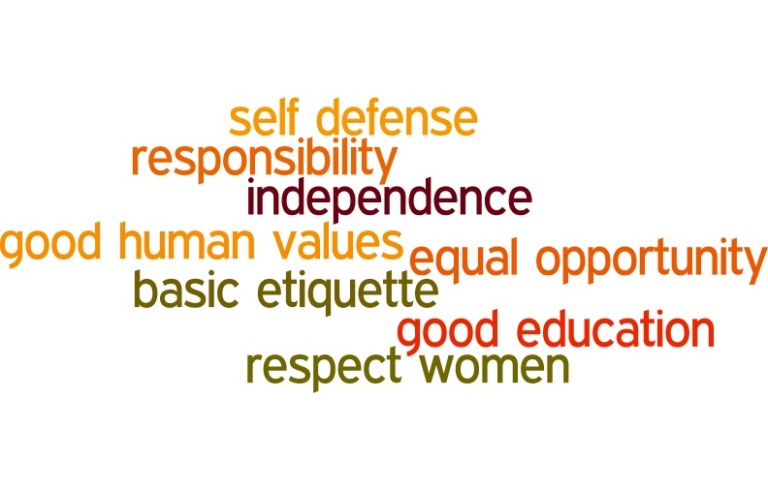 Two words uttered by a barely ten-year old in the park today made me realise just how tough parenting is in today’s day and age. And how much spunk it takes. And how much is out of a parent’s hands when it comes to instilling the right values in your child.

But I am getting ahead of myself. Allow me to start over.

So here we were on a weekend, me and my husband minding our own business and walking around the massive pond which is part of the local park, when a boy, barely ten years of age I would suspect, came cycling towards us and looked at me square in the eye. I was about to smile as you would smile at any child passing you on a cycle, when he said “sexy lady” and cycled away nonchalantly.

It took me a few seconds and a barrage of thoughts to process this. Firstly, let’s get one thing out of the way. Wearing a baggy tee and an extremely unflattering track pant that was showing off every unseemly bit of flab I possessed, I was very aware of the fact that at that moment, I looked anything but sexy. It was a relief of sorts to know he didn’t actually understand what sexy meant at his age. Or he would have certainly picked someone else.

The next thought was – where did he hear this term? When did it become cool at the age of ten or less to say “sexy lady” to a woman your mother’s age?

That was replaced by – did he hear it from his father who casually said this to a complete stranger while taking his son for a walk through this very park? Or another male member of the family? Who was this child’s role model?

Or did his friends dare him to cycle up to the first lady he came across in the park and utter the most unexpected words for a few bucks?

My thoughts were interrupted by my husband who was equally amused and shaken by the incident, and turned to me and said – television influence!

Yes, that could be it. How many of us really monitor what we watch around kids? How often do parents get the privacy to watch something without kids hanging on to every word? How many tabs can you possibly keep on what your kids watch when they hang out with friends or anyone other than their parents? How much damage control can you do?

These and many other thoughts were going through my mind like angry buzzing bees. As I walked back from the pond to the main park area where many families were picnicking with their children and enjoying the weekend and the amazing weather, I couldn’t help but look for this boy. I wanted to tell his mother exactly what he had done, to give her a heads up that her son thinks its perfectly okay to say “sexy lady” in a public place, to a complete stranger, and cycle away like this was completely acceptable and normal behaviour.

But then I thought – would the mother even believe me? After all, which mother would imagine their child capable of such an action?

As I finished my walk and left the park, I was reminded of another incident about a month ago. I was standing outside the lift on the ground floor of my apartment complex, with crutches supporting me due to a knee injury. As soon as the lift opened, four or five kids rushed out of the lift to play. All except one boy, about ten years of age. He was about to run off with his friends when he saw me, struggling to balance myself with my unfamiliar crutches. And stopped. And held the lift open for me, politely asked me which floor I wanted to go and pressed the button, and only then left to join his playmates. I was impressed by that boy, by his upbringing and his values that held him in check as soon as he saw a woman in need of assistance.

And that’s what settled my mind finally. I choose to hope. I choose to remember that boy in the lift rather than this boy in the park. While such children are being brought up, there is still hope in the world and I salute the parents who, day after day, have made it their prime responsibility to bring up their children to be good human beings and set good examples for them to follow.

I cannot imagine how tough it must be, to be consistent and lead by example every single day of your life from the time you become a parent. As long as such parents exist, there will always be hope for the next generation of men.

Let Me Tell You A Story