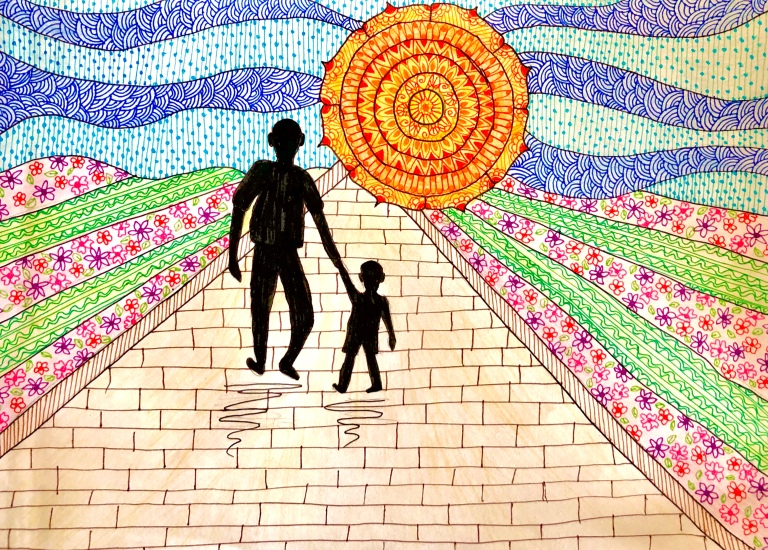 I was born in 2003, and even as a young and sprightly thing, I was the son who was the apple of my father’s eye. He would take care of me with so much love and care that I purred like a cat and responded to his every whim and command, never giving any trouble. Such was our father-son relationship.

Dad was a man of substance. But he was also very stubborn and unmoving. Learning to communicate to my sisters over internet and all that distance was like an insurmountable task for him. But they were also patient, and MSN Messenger was the popular IM of the day. And so Dad, me and my sisters would chat every day, for about 15 minutes on MSN Messenger.

When my sisters were away doing other things, Dad and I would play Solitaire. It was the only game he would play; no matter how much me or anyone tried to introduce him to other games.

Like everything else, time spent with me was also very organized and controlled. Check “The Yahoo” for emails, check “The Hotmail” for emails, chat with daughters, play Solitaire. All at fixed times of the day with no deviation.

Then in 2004, when I was nearing two years of age, suddenly Dad was not around so much. And one fine day, I understood why. First he complained to my sister about pneumonia, then osteoporosis, then weakness and finally when the doctor pushed him to check for the inevitable, we all knew he was suffering from cancer.

His time with me was cut short. I was young but I was also more perceptive than he thought. His break from the routine, his dwindling conversations with my sister and lack of interest in spending time with me were not lost on me. But I understood, and like everyone else in the family, I put up a bright and brave face for this extraordinary human being who was suffering so much, yet being so positive and strong through it all.

Through his conversations with my sisters, for I had three overseas who he would chat with at different times whenever he was able, I slowly learnt a lot about him and grew to respect him. I was determined to be a top performer, and never give him any trouble. Years passed by and I grew to love the quality times I spent with my Dad more and more, as they were so few and far between with all the treatments and rest required for him to recover. And finally in 2007, he kicked cancer in the face and was in remission!

For nearly two years, he was back in action like the early days of my life. I was older now, and consequently demanded more attention and threw tantrums at the drop of a hat. There wasn’t a day he could finish an MSN Messenger conversation with my sisters without me acting up, or raining down on his parade. He glowered and yelled and took out all his frustrations on me, and I felt helpless to improve. I was confused and hurt. Why wouldn’t he see things my way, or help me along?

Finally my sister intervened, and for a while peace reigned.

But cancer doesn’t respond to interventions like I do. And it returned with a vengeance in October of 2008. This time it literally knocked him off his feet. Dad was bedridden most of the time, his bones crumbling and unable to support him. While I waited like a dutiful son, positive that yet again my father would win the battle.

But it was not to be. I can’t remember when was the last time his hands touched me, because I never expected it to be the last time. On April 19th, 2009, Dad breathed his last. And I went into shock, never to wake up again.

One of my sisters took me to a doctor as well. But I could not be revived. The day my father died, I did too. Only I was a laptop, and he was a human being. And there was no one like us, with a fate so intertwined that I simply could not survive once he was gone.

Let Me Tell You A Story