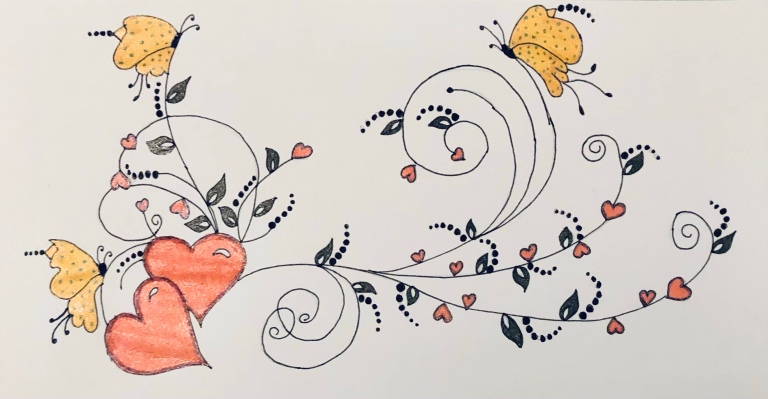 “Happy Valentine’s Day honey” he whispered in her ear, eager for his voice and wishes to be the first thing that fell on her ears as she woke up to this most special day in the year.

It had been a very challenging last month. Both Sara and Raj had tested positive for COVID19 and it had called for activating the protocol for quarantine and social distancing. As newlyweds this could not have happened at a worse time.

Thankfully the symptoms were mild and a couple of days before Valentine’s Day, the newlyweds were reunited.

Raj had painstakingly planned the whole day, their first Valentine’s Day as a married couple. It started with whispering a wish in Sara’s ear and continued with surprises planned throughout the day ending with an intimate and romantic dinner for two. Of course he hoped it wouldn’t end there.

He nudged her and whispered again and this time she stirred.

“Sara… I love you so much. I want to give you the world and then some! Come on, open your eyes and look around…”

She looked around the room at the riot of colours staring back at her. Raj had arranged flowers and gifts in every nook and corner of the room. She hugged herself with glee!

He picked up one of the gifts, a beautiful dress that she had been eyeing at the store while shopping once with Raj but decided against buying it as it seemed too expensive.

“Go get dressed babe, I have a bunch of things planned for us!”

Minutes later, they stared at each other across the room. Sara felt the mood had changed somehow, and Raj looked a little uncomfortable.

“Is everything ok honey?”

Raj sighed and smiled at her, “I have several something specials planned for today Sara. I was just musing about the fact that I’ve never done this before and neither have you. I hope it doesn’t put a damper on your mood and that you keep an open mind and enjoy anyway.”

“What I’ve planned starts with a little discomfort but I promise as the day progresses you will forget about the discomfort and just enjoy with… all three in place.”

Three? Sara’s imagination ran a little wild and she felt a little alarmed, wondering what he meant. But the marriage was new and she didn’t want to be the party pooper. She decided to play along for now and raise any red flags if she truly felt more than the “minor discomfort” he mentioned.

They hugged each other and headed out towards the apartment exit where Raj stopped her.

“I wish it were different Sara but we have no choice.”

Sara looked frantically around her, trying not to show Raj how panicked she was about it being a Valentine’s Day with three.

Raj turned around and helped her put on gloves and a face mask. He tucked a small sanitizer bottle in her clutch and smiled.

“These three will be with us all day. But I promise to make it a special Valentine’s all the same!”

Sara was glad Raj could not see her expression through the mask. She mentally hit herself on the head and headed out to a special day with her special man. Just the two of them.